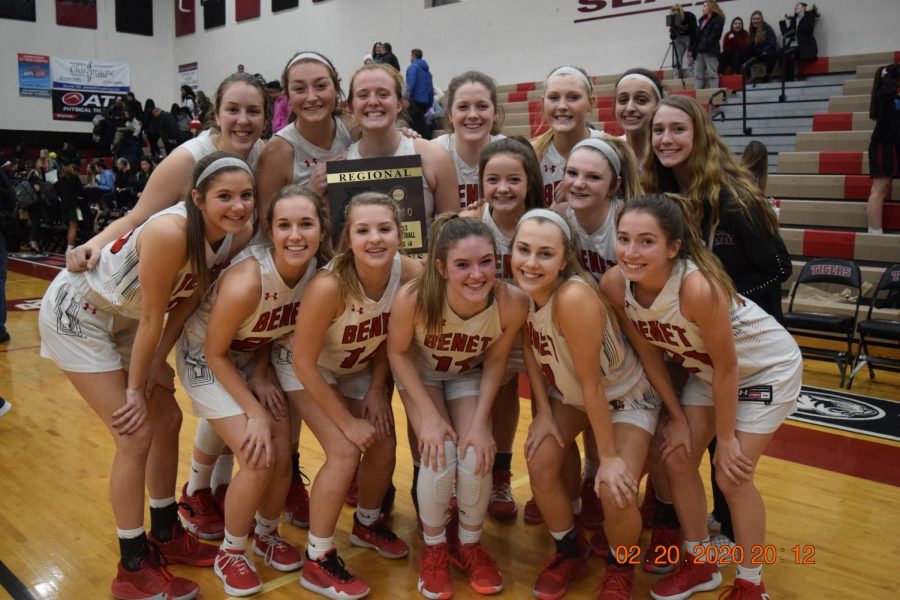 Even though Benet’s girls basketball team’s season came to an unexpected end, it does not take anything away from the fact that they had an unbelievably successful season. The team ended with a 29-3 record and won the Conference and Regional Championship. Not only that, but they were ranked number one in the state the whole season.

One of the biggest highlights of the season was their win over Evanston in double overtime while playing at Northwestern University. The game was a real nail biter as junior guard Kendall Moriarty drove to the basket with ten seconds left and made the layup to tie it and send the team into the first overtime. With little time left in the first overtime, Benet was down by two, senior Kendall Holmes gets the foul but hits her head too hard to be able to shoot her free throws. That’s when senior Allison Forney comes off the bench and swishes both free throws easily to send the team into the second overtime where they will clench the game with a 75-71 win. Everyone that night played their absolute best showing that Benet could have beaten anyone when they were on their game.

At the end of the season it was announced that seniors Brooke Schramek and Kendall Holmes made the IBCA class 3A/4A first All-State Team and junior Kendall Moriarty made the second All-State Team. Senior Ashley Berry was on the All-Area honorable mention as well. The 2020 team had multiple players averaging double digit points per game. This team did not have just one star player, but they had multiple girls who could take over the game. If a few players were off their game, the others were on. They played together as a team, not individually, which is extremely important in the game of basketball.