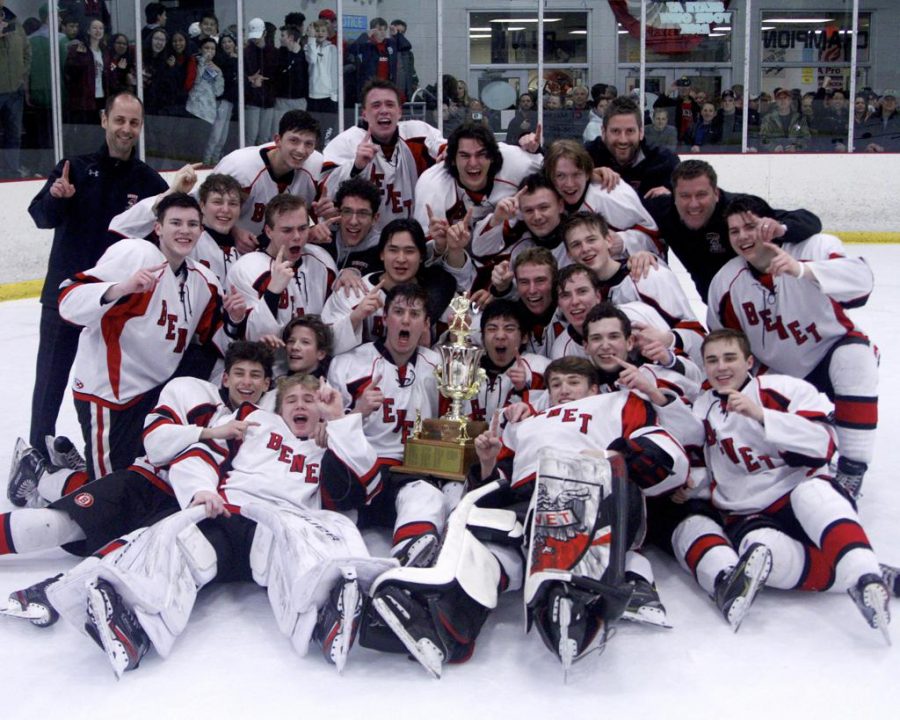 The Benet boys varsity red hockey team had an amazing end to the season, winning the Kennedy Cup Finals. The team knocked out the #1 seed, Providence Catholic, to secure the title. Providence won the first game, 4-2, but Benet charged on and won the second game, 3-0. In the final game, Benet had a victorious overtime win of 4-3, bringing home the Kennedy Cup. The student section was packed with supporting fans cheering for the Redwings.
Junior Anthony Klos was named the most valuable player of the Kennedy Cup Playoffs. Klos, along with junior Liam Casto, was also chosen to represent Benet on the 2020 Illinois All-State Team.
Congratulations to the Redwings hockey team for bringing home the hardware!