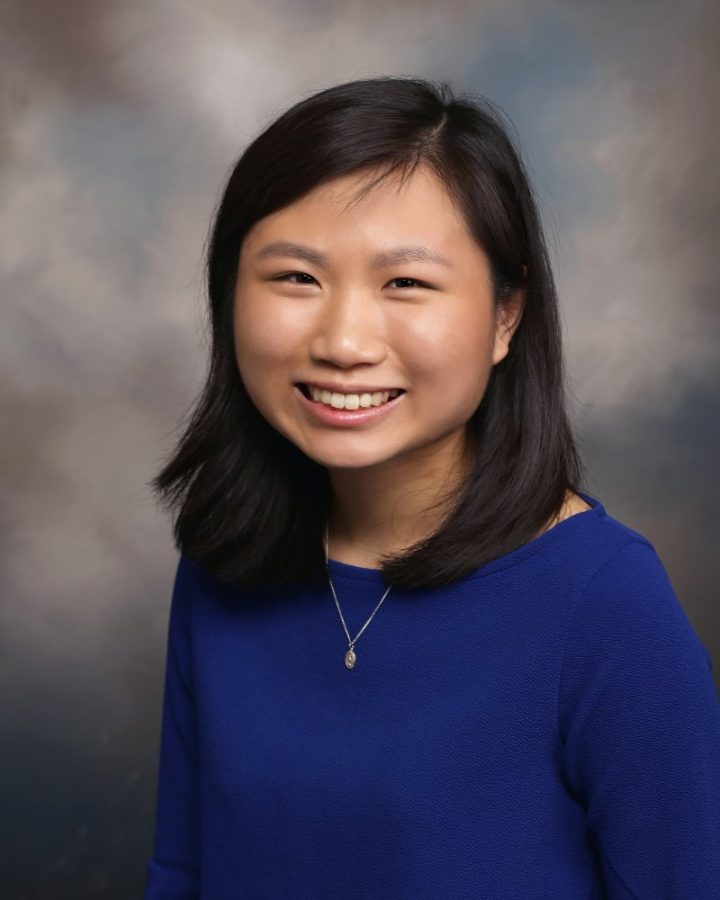 With a GPA of 101.35%, Bernadette Miao has earned the title of valedictorian for the Class of 2019. Aside from performing stellarly in her classes here at Benet, Bernadette has also been involved with Math Team, Scholastic Bowl, Marians, Fermilab, and Chemistry Olympiad, as well as the Scripps National Spelling Bee. Ever since qualifying for the national bee during her eighth grade year in 2015, spelling has been Bernadette’s love. She has started spelling clubs at local schools, hosted community fundraisers, and coached Scripps participants.

The advice she’d give to future Benet students is to achieve a balance of not only academics and extracurriculars but also social, spiritual, and physical wellbeing as well. People are often surprised to know that Bernadette goes to bed early! She says she can’t imagine pulling an “all-nighter” and rather just manages her time so she can get done what she needs to before 10 PM.

Bernadette would like to thank her family, friends, teachers, and counsellors for giving her the motivation and inspiration to make her high school years so successful. Her favorite memory is her World History class freshman year with Mr. Kibs, especially when he wrapped himself with lights for Christmas drive. That class also provided her with one of her best friends, and helped spark her curiosity about history and life.

Despite her successes, Bernadette remains humble and excited about her future prospects of learning. Next year, she will be attending the University of Chicago to pursue a major in chemistry and possibly molecular engineering. However, because she is so interested in so many aspects of research and science, that may change. Benet has made a profound impact on her life, and Bernadette says that she is and forever will be amazed and inspired by the talents of her peers here at Benet Academy.