In Defense of Green Book 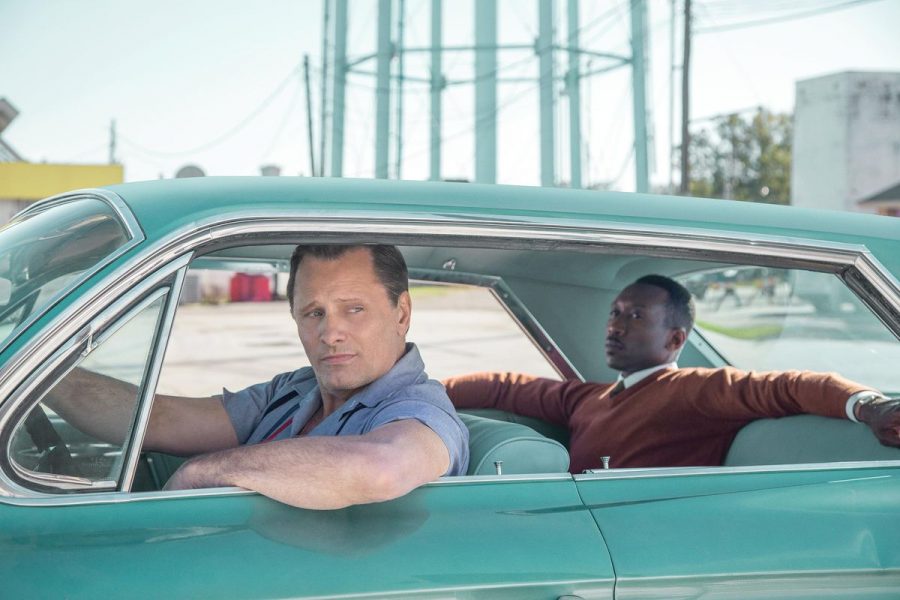 In 2005 at the 77th Academy Awards, the world was stunned when the watershed film Brokeback Mountain, a touching narrative about the tortured love between two homosexual sheepherders in Wyoming, lost the Oscar for Best Picture to the racial and social drama Crash. Critics and fans alike quickly began to express their frustration, citing this decision as one of the worst in the Academy’s history and a travesty to audiences everywhere. Their indignation was entirely understandable; Brokeback Mountain had been the popular favorite going into the night, while Crash was not even seen as one of the most competitive films in the running. The blowback for this decision was immense, and a wave of vitriol was released against Crash in the aftermath, as a movie that had previously received positive reviews was relegated to infamy and called one of the worst films ever made. Now, the 2018 Best Picture Winner Green Book appears to be enduring a similar treatment, albeit to a less intense degree. Based on the true story of a white and a black man learning to overcome their differences was the surprising victor in a wide-open race for the Academy Award, and passions have run high in the aftermath as many have lamented or outright scorned Green Book. However, now that the initial passion of the ceremony has passed and audiences, critics, and casual observers alike have had a chance to take a breath and calm themselves, it provides the opportunity to examine Green Book with fresh eyes and an open mind in order to review this movie and examine its successful awards season. A brief note: this analysis will not be looking into controversies such as those around director Peter Farrelly, writer Nick Vallelonga, or the claims by Dr. Donald Shirley’s family that his portrayal in the film was inaccurate. Such issues pertain to the realm outside what is seen on screen; this review chooses to focus solely on the movie itself, the art, style, and quality it possesses.

First, it would be helpful to deconstruct how Green Book was able to defeat so many other worthy contenders for the title of Best Picture. On this note, it is important to remember that the Oscars are not entirely about celebrating cinema as pure art; rather, the Academy is always considering what impression their selection will give to the millions of viewers watching and what kind of message they want to send through the films they choose. The awards are given out in large part due to what ideas the film industry wishes to send to viewers and, by proxy, the world at large. However, this was a field filled with many powerful movies with hard-hitting themes such as the other race-focused narratives of Black Panther and BlacKkKlansman, the dramatic Queen biopic Bohemian Rhapsody that focused on homosexual immigrant Freddie Mercury’s struggles, or the brutally honest tale about an ordinary Mexican housekeeper’s role in a wealthy family told by Roma. Thus, the Academy was not at a loss for choices when selecting the message they were to espouse for 2018. What may have been the key tipping point, though, is that in many of these other offerings, the ideas presented were all painted in very harsh lights with tragic story arcs; race relations and representation in both Black Panther and BlacKkKlansman revolved around violence, Freddie Mercury had a tragic life that ended with his diagnosis of AIDS, and Roma was designed to be an open-ended and unapologetically harsh portrayal of ordinary life. Green Book, on the other hand, had a much different emotion to it than its competitors; it was, from start to finish, a sweet film that, while also touching on difficult issues, never wavered in its unceasing message that there can be a happy ending, even between such totally opposite men as its main protagonists, separated not only by race but personality. The interactions between these characters, played expertly by Viggo Mortensen and Mahershala Ali who won the Best Supporting Actor for his role, are almost impossibly charismatic as they build a strong and heart-warming relationship that makes viewers leave feeling hopeful and invigorated. That truly was its main selling point, and such a glowing and benevolent message undoubtedly won over many voters who wanted something less serious or tragic to represent the Academy.

Also, let it never be forgotten the power that major studios have in hawking their films to the Academy. Green Book was backed by one of the titans of the industry, Universal, and had a strong marketing campaign leading up to the ceremony that undoubtedly helped propel it to victory. In truth, this subtle, behind-the-scenes work in earning an Oscar often goes unnoticed by the general audience, leading to shocking results such as this year’s decision or previous unforeseen victors like Crash. What most fail to recognize, though, is that in 2005, the production company behind Crash had subtlety been engaged in a campaign that gave the film a perfectly-timed boost going into awards season, just as the winds began to turn against Brokeback Mountain, and its impact started to wane. Similarly, many films this year that were Oscar-caliber did not even secure nominations due to poor marketing by studios. The Neil Armstrong biopic First Man is the best example of this, as it was led by decorated actors Ryan Gosling and Claire Foy and plugged as the next Academy Award-winning feature by La La Land’s director Damien Chazelle, but it just barely missed the mark of making it into the running, a fact attributed mostly to the lack of a campaign by producer Universal. Therefore, it is not surprising to believe that Green Book followed a similar trajectory as Crash under the guidance of a capable marketing team that allowed its star to rise at just the right moment and beat out other films that burnt-out going into the ceremony.

Now, though, it is important to reflect on the fact that, although it may have been surprising that Green Book took home the award for Best Picture, this decision should not be decried nor the movie itself villainized.  The former point has already been described ad nauseum. The second, though, is less important. Many critics of Green Book have cited its handling of the issue of race as the chief bone of contention, declaring that because it was written by white men, its depiction of African Americans and their plight in the South must undoubtedly be skewed and inaccurate. Moreover, many more have claimed that the ideas presented within this film either marginalize the race issue or poorly handle it by providing the simple message of, “Racism is bad, but we can work it out.” In order to set the record straight, it is important to keep in mind that this is not a movie for African Americans in the way Black Panther or BlacKkKlansman is. Green Book is not trying to be a film about representation of blacks or attempting to provide a nuanced opinion of the slave issue. That is why Mahershala Ali was nominated for a Supporting Actor, not Leading Actor position. This movie is entirely about white people and, particularly, white Northerners who during the Civil Rights Era and subsequent times of Jim Crow and segregation, were blinded by prejudice. The main character of Green Book is an Italian-American from New York who is the perfect embodiment of close to every faction of white society in the North; Tony Vallelonga is a prejudiced, but not racist, man who looks at anyone who is not like him or his family, especially African Americans, as different, and therefore bad. The point throughout this movie then, as so eloquently explained in Green Book’s marketing, is that “Genius is not enough. It takes courage to change people’s hearts.” This line can be interpreted to be a general statement about overcoming prejudice, but it really applies directly to Tony’s relationship with Dr. Shirley, the gifted African American pianist who he drives on a concert tour through the Deep South. Tony is not a smart man; he openly admits that. It was his courage to take this job, though, to live and drive for and African American and force himself to see the true, awful face of segregation, racism, and hate in the South that made him understand how deeply flawed his own, albeit less vicious, undoubtedly still wrong prejudices were. That is the moral of this movie; not that, “racism is bad,” or “we can all get along,” but pointing the finger at the white viewing audience, the Tony’s of the world who believe their worldview is not so skewed as to be harmful, and declare, “You are complicit. You are a part of the problem because racism starts with prejudice and hate boils over from fear.”

Unfortunately, too many people miss this allegory, and the result is unwarranted vitriol at a great film outside of its profound commentary. Green Book is an incredibly well-shot, written, and acted movie. Again, Viggo Mortensen and Mahershala Ali shine throughout, expertly playing off each other in both serious exchanges and humorous banter as their opposite personalities of respective down-to-earth and profane versus intellectual and high-brow come through. There are so many well-crafted scenes in this film that display this relationship built by Mortensen and Ali, and the gradual build towards acceptance never feels strenuous on the audience, but still allows the ending to be earned and enjoyable. Also, the comedic and situational humor of Green Book is always on point, as the film walks a tight line between laugh-out-loud hilarity and intense confrontation. Last, the cinematography of this movie is incredible, as the camera is constantly shifting focus between the front and back seat of the car Tony is driving to focus on either character’s face when important, while the beautiful scenery of the American countryside is breathtaking.

In short, Green Book is not an awful travesty; it is just an honest, simple, and wholesome story about understanding between two very different men that is also capable of conveying an important message to its audience. It had a good campaign and was able to win the Academy Award for that reason, as well as the fact that the voters most likely were tired of such harsh and despairing titles and wanted a change of pace.